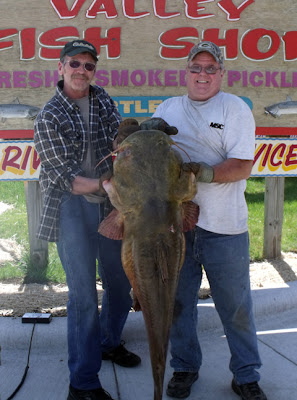 Gene Bedward with a 72 pound 8 ounce landed in Wisconsin; just 2 lb pound under the state record. 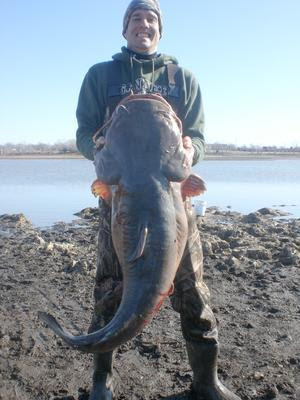 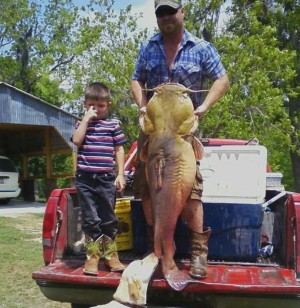 Native to the large rivers of the Mississippi, Missouri, and Ohio basins from southern North Dakota, south into northern Mexico, and east as far as Lake Erie's southeast coast and the western most tip of the Florida panhandle. It occurs broadly over this entire areaand has now been widely introduced outside its native range. This popular food fish has an excellent flavor. It frequents deep sluggish pools with hard bottoms in large rivers. It seems to have a distinct preference for fish, but it is omnivorous and will eat most anything that suits its fancy. Its large size makes it especially popular with anglers.