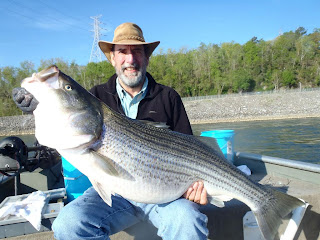 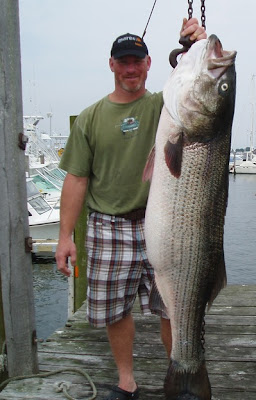 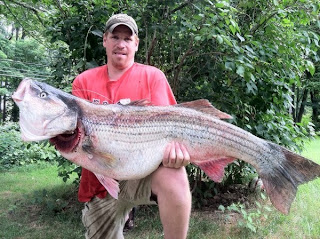 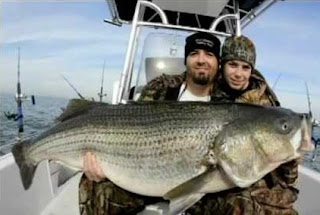 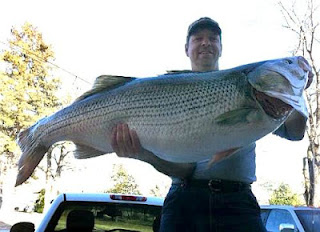 Rodney Ply caught a spuerrb 68-plus-pound striped bass while fishing in Bull Shoals in Arkansas USA. It is one of the bigges bass  ever landed in recent years.

Striped bass is a member of the  Moronidae family. It is also called: striper, rock, rockfish, squid hound, greenhead. In saltwater, the striped bass is anadromous and migratory. Some migrate from North Carolina, Virginia, or Maryland to more northern climates in the summer and return when the summer season is over. Others remain non migratory within estuarine river systems such as the St. Lawrence, the Santee Cooper, or the Savannah. To most freshwater anglers, this very important game fish is relatively new. The species moves far upstream in rivers during spawning migrations. It has a native range (in freshwater) from the St. Lawrence River, N.Y., south to St. John's River, Florida, and also from the Suwannee River in Florida, to Lake Pontchartrain in Louisiana. In some of these waters populations have become landlocked due to artificial impoundments that blocked their return to the sea. In recent years, striped bass have been introduced into freshwater systems in most of the states.