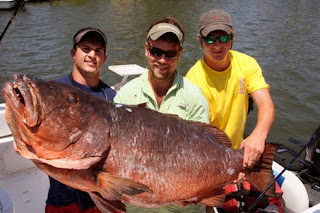 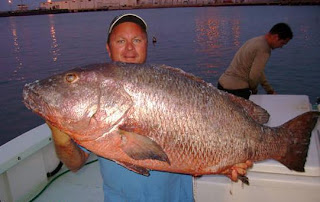 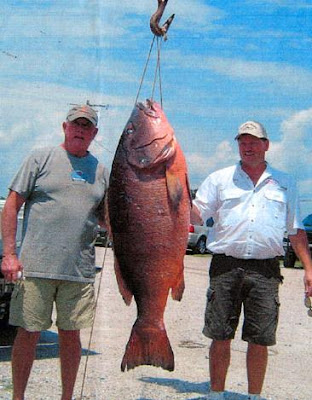 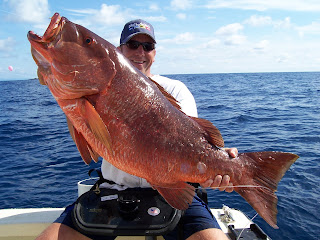 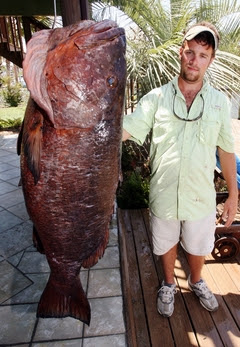 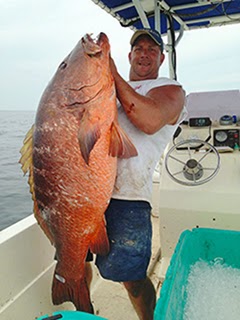 Off Dauphin Island, Alabama Brett Rutledge and David Simms were trolling with live fish for mackerel when hooked this  84.9 pounds - 38.45 kilo. 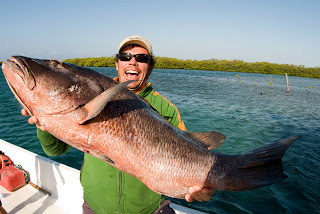 Snapper Atlantic Cubera is found throughout the western Atlantic from Florida and Cuba southward to Brazil. This  is the giant of all the snappers, attaining weights in excess of 110 pound (48 kilos).  It is a hard fighter, particularly on light tackle, and a fine food fish, but big exemplars can have ciguatera toxin. It can be fished with live or dead bait on the bottom but also with surface lures like big poppers on the surface.