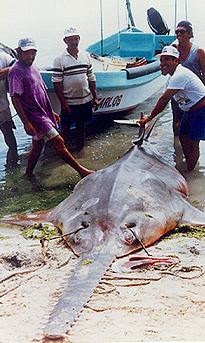 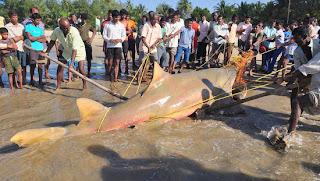 Sawfish caught in the gulf of Benagala. 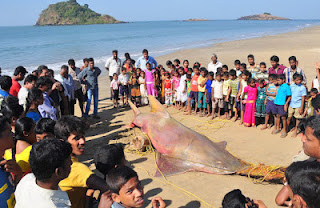 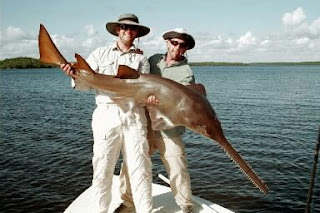 Sawfish live in all tropiacal oceans and can maily found over sandy bottom. It  uses the long flat toothy snout in diffents ways, the snout houses electroreceptors which senses the heartbeats of buried prey. The muzzle is also motion-sensitive, so they can follow and slash at swimming fish in the murky water. Sawfish feed mainly during the night, usually sleeping during the day. Despite fearsome appearances, they do not attack humans unless provoked or surprised. this is a protected specie and capturing sawfish is illegal in the United States and Australia.