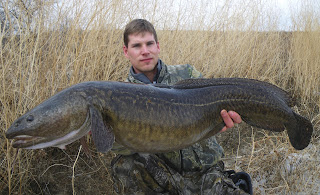 This huge burbot was caught in Canada. The 25.2 pound burbot cames  from the waters of Lake Diefenbaker in Saskatchewan. This is the current IGFA all tackle world record. 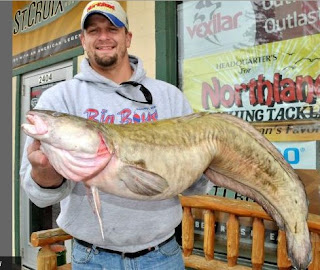 Aaron Guthrie with a 19.5-pound burbot while fishing in his ice house on Lake of the Woods 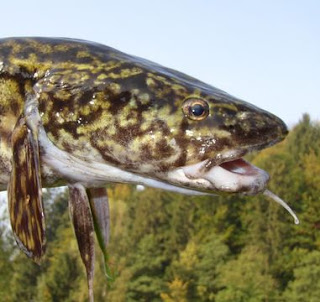 Widely distributed around the world. The burbot is common throughout Canada, the northern U.S.A., and Europe within this range, with the notable exceptions of Scotland and Ireland, the Kamchatka Peninsula, the west coast of Norway, extreme western British Columbia, Nova Scotia, and the Atlantic Islands. It commonly occurs in deep, cold waters (up to 116 fathoms, almost 700 feet), and is one of the few fishes that spawn in midwinter under the ice.