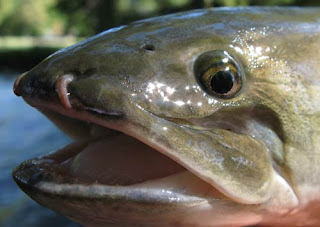 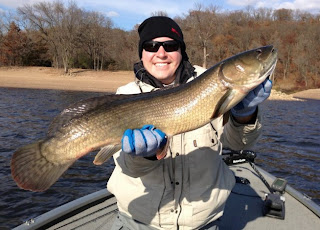 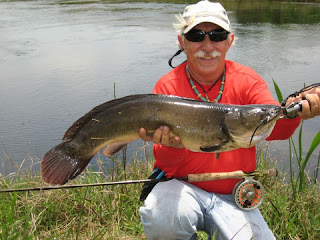 Doct. Martin Arostegui with a bowfin caught on fly rod. 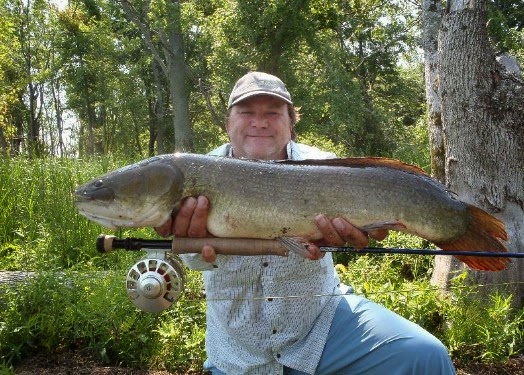 Angler Richard Hart with a bowfin (Amia calva) caught on Lake Champlain, Vermont, USA. The fish was measured at 73 cm before it was released alive.

Bowfin inhabits all the eastern USA from the low Mississippi River basin eastward to the St. Lawrence River in the north, and southward from Minnesota to the Gulf Coast; from eastern Texas to and including all Florida state waters. This predator fish is easily recognized by its flattened head. the bowfin is considered a living fossil as the sole surviving representative of the Amiiformes family. Bowfin is able to gulp air from the surface directly into the air bladder, which is connected to the throat and can be used as a lung. It can also withstand very high temperatures, for which reasons it survives in waters unsuited to most other fishes. It is considered poor as a food fish, but an excellent fighter when hooked, better than some highly rated game fish.