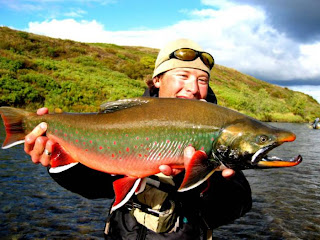 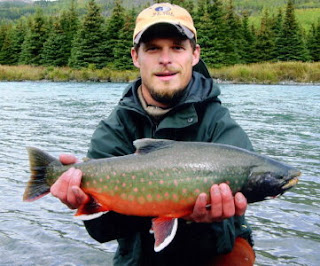 Dolly varden is widely distributed; this predator fish occur from the Sea of Japan through the Kuril Islands to Kamchatka, through the Aleutian Islands and around Alaska to the Yukon and Northwest Territories (Canada) in the north and the northwestern US in the south. Like his cousin the Arctic char (Salvelinus alpinus), it is an anadromous fish (migrates to the sea and back), though some populations are landlocked. The family of chars composed of Arctic char (S. alpinus), Dolly Varden (S. malma) and bull trout (S. confluentus) is a closely related group and difficult to distinguish from external characteristics.  The Dolly Varden is usually a coastal species whereas the larger bull trout is found inland in large, cold rivers and lakes draining high, mountainous areas.