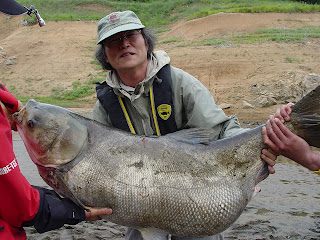 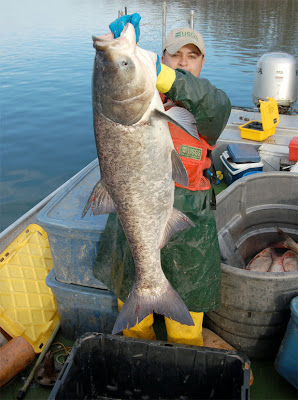 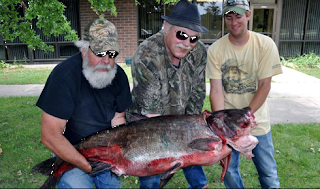 Iowa bighead carp state record was broken by anglerLarry Sparks with a fish of  93lb, 8oz. 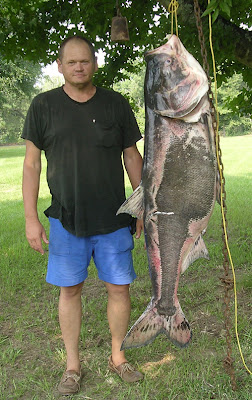 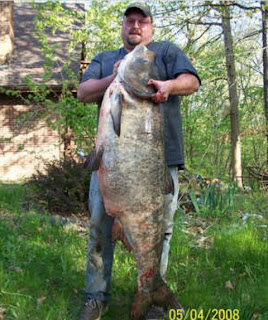 The bighead carp (Hypophthalmichthys nobilis or Aristichthys nobilis (Richardson, 1845)) is a freshwater fish, one of several Asian carps. It has a large, scaleless head, a large mouth, and eyes located very low on the head. Adults usually have a mottled silver-gray coloration. Adults can be quite large. Bighead carp are native to the large rivers and associated floodplain lakes of eastern Asia. Their range extends from southern China to the Amur River system, which forms the northern border of China and the southern border of Russia.