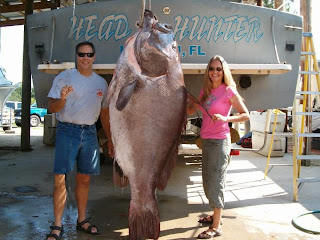 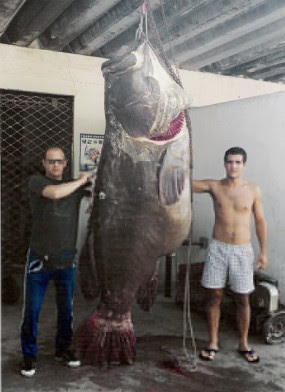 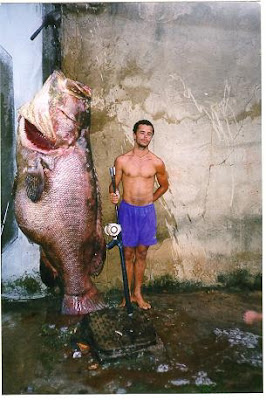 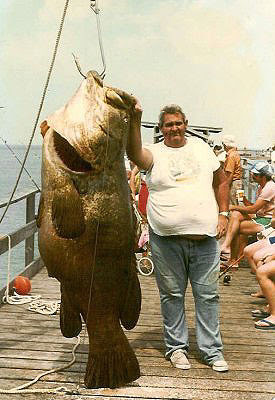 Also called spotted jewfish, southern jewfish, junefish, Florida jewfish, jewfish. Known to occur in the western Atlantic Ocean from Florida to Brazil, including the Gulf of Mexico and the West Indies. It is also known in the eastern Pacific from Costa Rica to Peru. This species is usually found inside of the 13 fathom bottom contour, though it may occur in deeper waters. It favors areas near rocky shores and islands, reefs, ledges, dock and bridge pilings, and wrecks, where caves and holes offer refuge. The goliath grouper is the largest of the grouper in the western Atlantic, possibly reaching 8 feet and a weight of 1000 lb (455 kilo). The body, including the head and fins, is mottled with dark brown blotches and blackish spots. As the fish grows older, the body becomes darker and the spots and blotches become more numerous and less distinct.