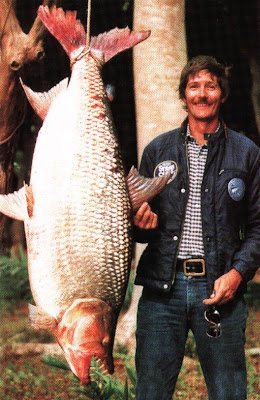 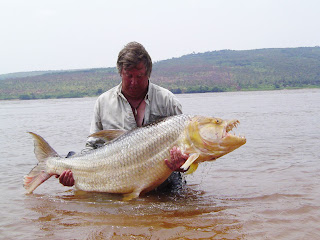 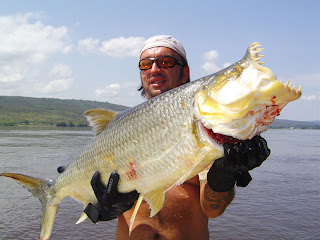 A nice specimn of Goliath tigerfish from Congo river in Africa 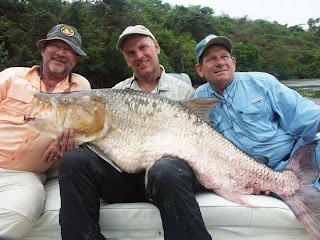 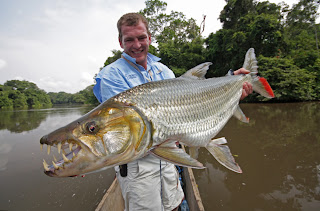 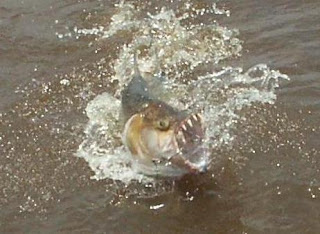 The giant tigerfish is restricted to the Zaire River system, Lualaba River, Lake Upemba and Lake Tanganyika. It is overall silvery in color with no conspicuous stripes. A few broad stripes may show up under the scales after death. It has fourteen or more teeth in the upper jaw and very short gill rakers, less than one third the length of the gill filaments. The largest giant tigerfish may exceed 110 lbs (50 kg) but stories of fish weighing up to 132 lb (60 kg) have yet to be authenticated. Its ferocious appearance gives ample indication of its predatory habits. This strong fighter is one of the great freshwater game fish species. It jumps repeatedly when hooked, will take almost any kind of bait, including artificial and is powerful even when taken on heavy tackle. A wire leader is essential due to the sharp teeth