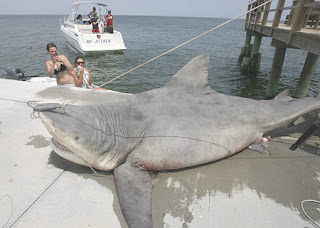 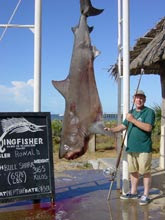 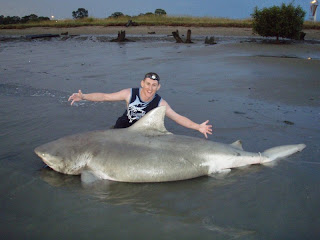 The bull shark, Carcharhinus leucas, also known as Zambezi shark or unofficially known as Zambi in Africa and Nicaragua shark in Nicaragua, is a shark common worldwide in warm, shallow waters along coasts and in rivers. The bull shark is well known for its unpredictable, often aggressive behavior.
The bull shark can thrive in both saltwater and freshwater and can travel far up rivers. They have even been known to travel as far up as Indiana in the Ohio River and Red Wing Minnesota in the Mississippi River, although there have been few recorded attacks. They are probably responsible for the majority of near-shore shark attacks, including many attacks attributed to other species.