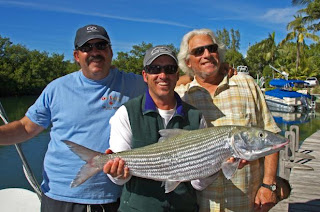 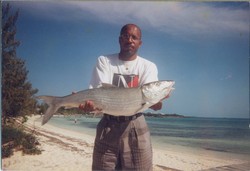 A monster bonefish landed in Bahamas 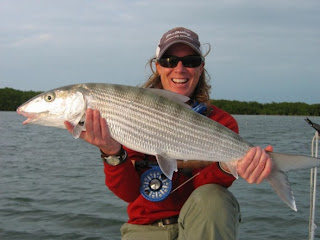 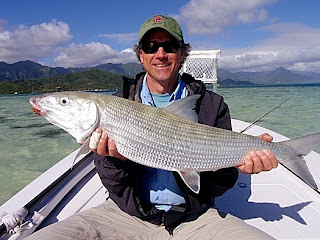 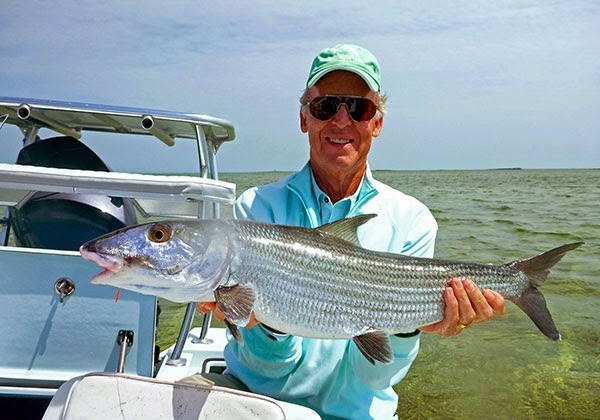 
Bonefish occurs almost worldwide in shallow tropical and subtropical waters around flats and intertidal areas.
They are often seen rooting in the sand, their tails breaking the surface of the very shallow water; an action commonly known as trailing. At other times they will plough the bottom stirring up silt and marl, known as mudding. Bonefish are powerful and run very fast and hard when hooked. Best fishing methods include plug, fly or spin casting from a skiff or while wading on tidal flats, using shrimp, crabs or similar baits.