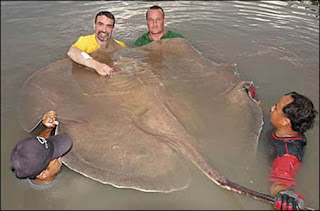 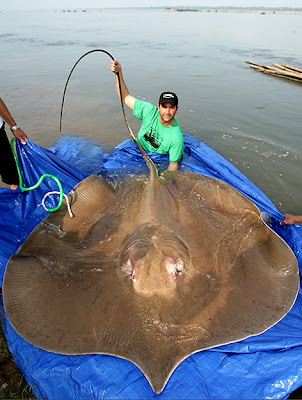 A monster size giant freshwater chaophraya ray. This fish was released after the photo. 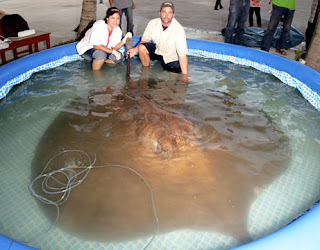 Zeb Hogan  with a giant stingray in the Mekong River after that was captured by a fisherman in Cambodia. 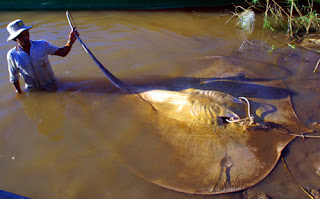 This freswater stingray was caught with nets in Laos. 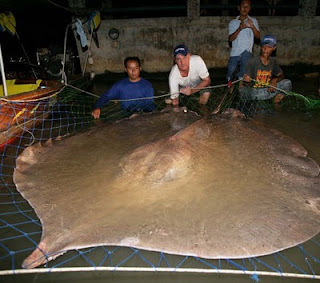 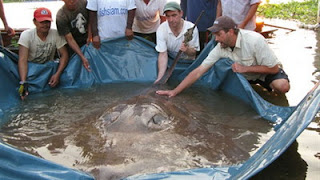 The giant freshwater stingray (Himantura chaophraya) is a species of stingray  family and lives in large rivers and estuaries of Southeast Asia (Thailand, Laos Cambodia). For sure is  one of the largest freshwater fishes in the world, with reports from the Mekong river and Chao Phraya river of individuals weighing 550–650 kilos (1,150 – 1,350 pound). Much is still unknown about the huge freshwater ray species, including whether or not it can swim out to and survive at sea. The ray specie was first described scientifically only in late 1989.