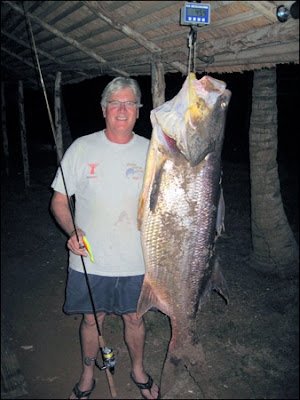 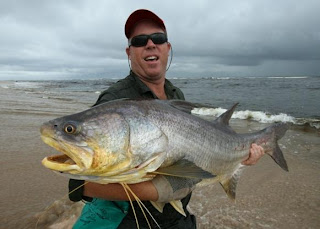 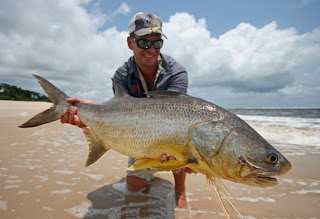 A couple of nice size giant threadfin African caught in Agnola during an expedition trip organized by Tourette Fishing www.tourettefishing.com 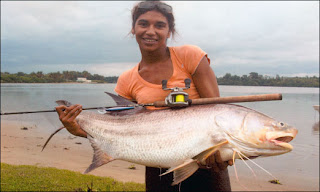 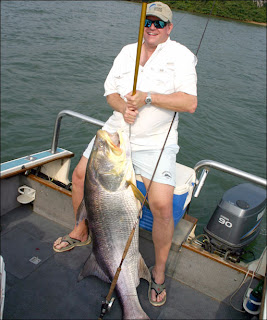 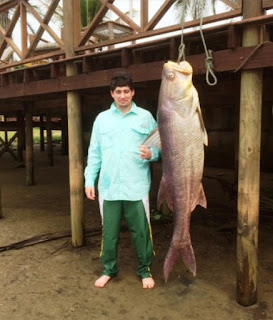 
The threadfin Giant African occurs in the shallow and often muddy waters of estuaries and lagoons or along beaches in the Eastern Atlantic mainly from Senegal to Congo. Best fishing hot spots seems to be  Angola and Gabon.
This fish is a carnivorous feeder with a main diet of small fish, crabs, prawns, squid or octopus. The long "threads" in the pectoral area are thought to be used in finding food in the muddy water where they are frequently found. Like all others members of the Polynemidae family, the  African threadfin  giant is excellent table fare.