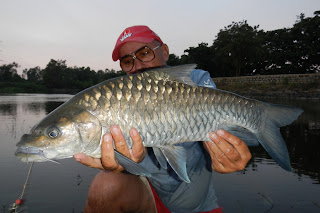 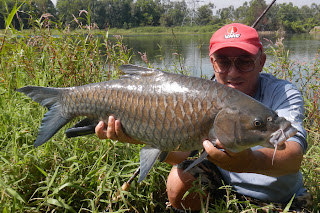 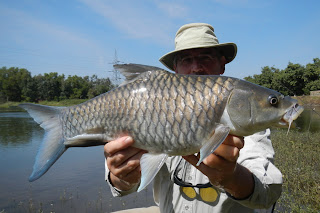 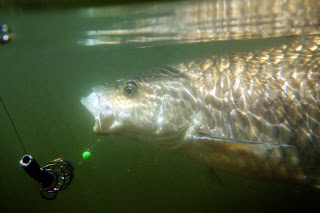 
The Deccan Mahseer is also called or Black Mahseer and seems to be one of the largest freshwater game fish of the Carp family. this fish is mainly found in fast flowing rivers of India.
Masheer is found throughout  the largest size and in the greatest abundance in mountain-streams or those which are rocky.
Masheer feed mainly on plants, insects, shrimps and mollusks but when adut can bea fish predator. While large fish of over a metre and 100 poind - 45 kilo in weight have been recorded in the past, such sizes are no longer found.