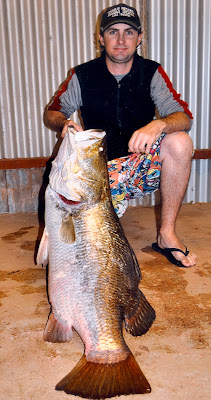 Mark Hope knows how to successfully catch big barramundi (Lates calcarifer) on light tackle. . Hope has just recently submitted another IGFA application for a ( ) barra that he caught 1 while fishing ’s . Using only () line, Hope fought his potential record catch for 20 minutes after it hit the lure he was trolling. www.igfa.org 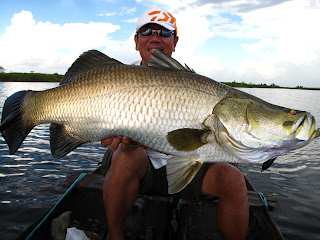 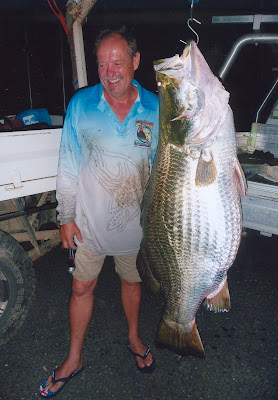 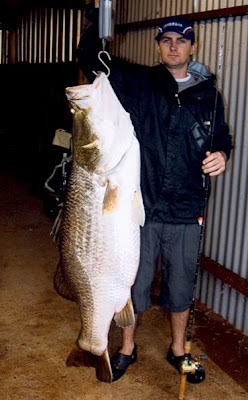 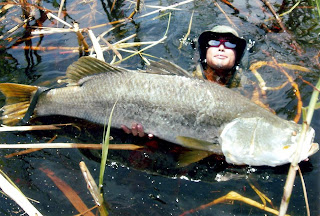 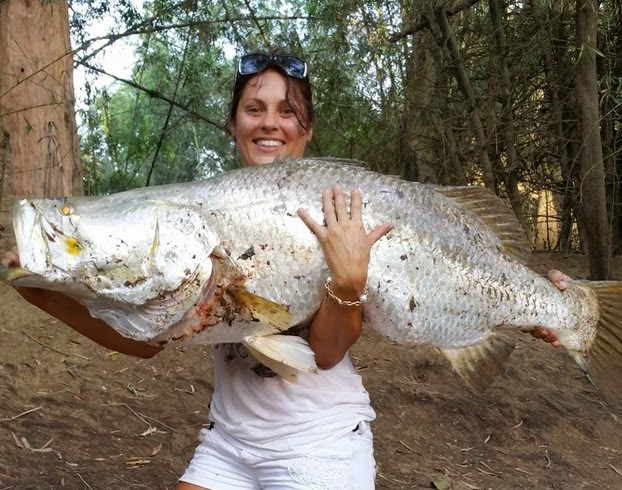 Barramundi fish is lso called silver barramundi, giant perch, barra, anama,  palmer (indigenous name, Port Moresby)
The barramundi lives  from northern Australia (primarily north of the Tropic of Capricorn, but rarely as far south as the Maroochy River) to the Philippines and southern China and around the coasts of India to the Persian Gulf. This big predator fish i is a distinctive fish that bears a noticeable resemblance to its relative the snook, (Centropomus undecimalis). It is also closely related to the huge Nile perch, (Lates niloticus). One of its most noticeable characteristics is its startling pinkish red eyes, which glow brilliantly at night and even reflect in sunlight.