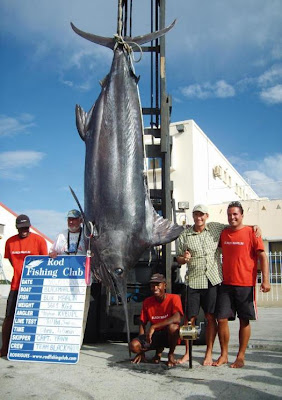 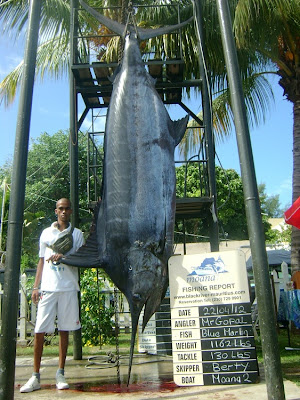 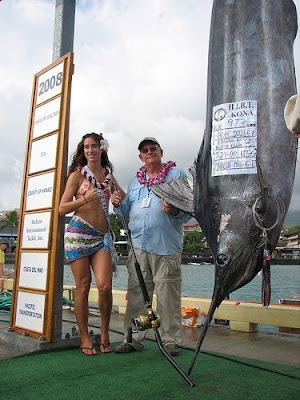 A big one caught in Hawaii

A massive blue marlin that was caught off Okinawa by a commercial fisherman using a handline. It is said to have "bottomed" a one ton (1,000 kg) set of scales meaning the fish weighed more than 2,200 lbs.

This pelagic and migratory species occurs in tropical and warm temperate oceanic waters. In the Pacific Ocean int is less abundant in the eastern portions of the ocean. In the Indian Ocean it occurs around Ceylon, Mauritius, and off the east coast of Africa. in the western and central North Pacific (2°-24°N) from May to October; in the equatorial Pacific (10°N-10°S) in April and November; and in the Indian Ocean (0°-13°S) from April to October.