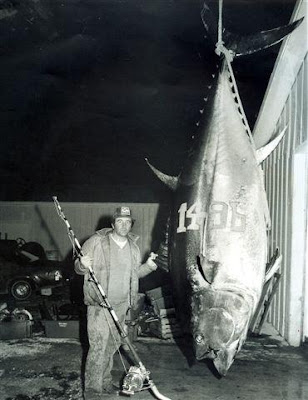 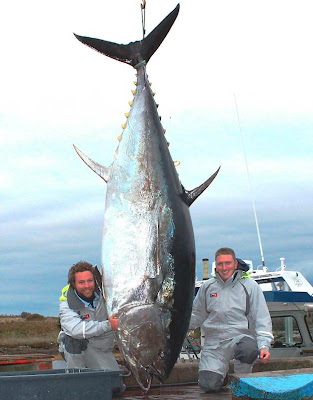 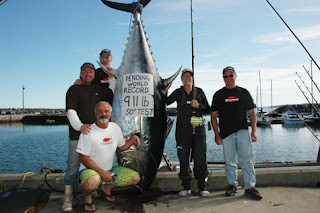 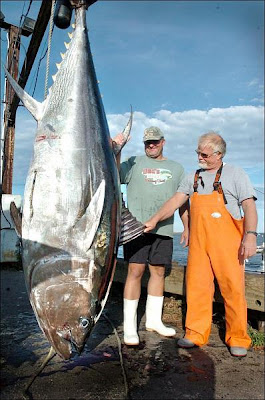 A 1000 plus pound tuna bluefin

Occurs in subtropical and temperate waters of the north Pacific Ocean, the North Atlantic Ocean, and in the Mediterranean and Black seas. It is a pelagic, schooling, highly migratory species. The smallest fish form the largest schools and vice versa. Its extensive migrations of all fish, appear to be tied to water temperature, spawning habits, and the seasonal movements of fishes on which the bluefin feeds. The giants of the species make the longest migrations. ishing methods include still fishing or trolling with live or dead bait such as mackerel, herring, mullet, or squid; and trolling with artificial lures including spoons, plugs, or feathers.
Bluefin tuna are supreme in their size, strength and speed, and are a very important game fish. They are also extremely important commercially in many parts of the world.