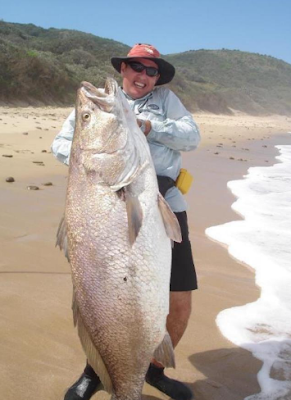 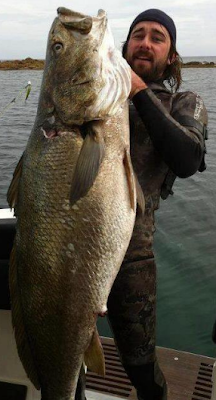 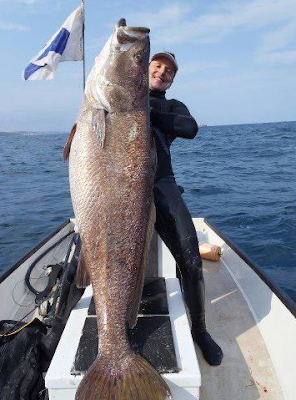 This monster size kob was reported to be aprox. 70 kilos! 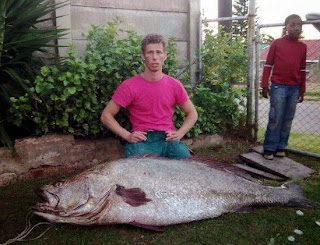 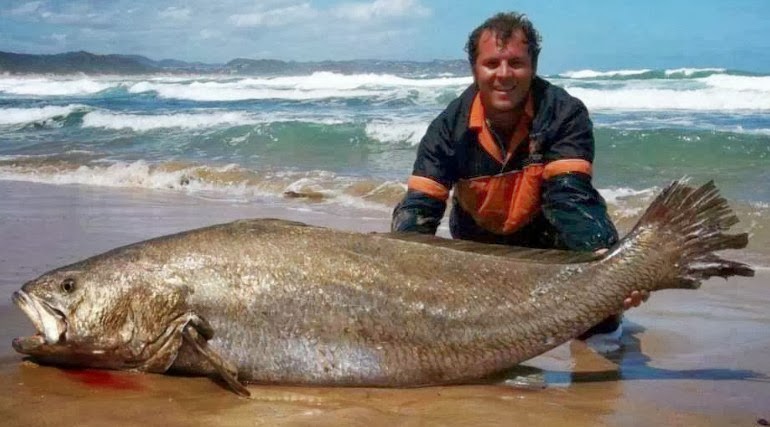 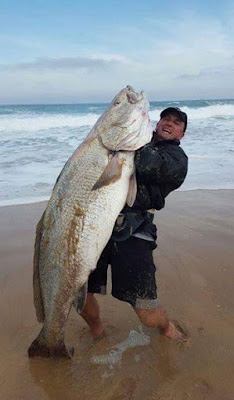 The Kob fish is also called Kabeljou in South Africa or mulloway in Australia. This big predators seems to grow up to 150 pound - 68 kilo but fishes around 60-70 pound are more common. The main distribution include Namibia, South Africa, Mozambique and Australia.