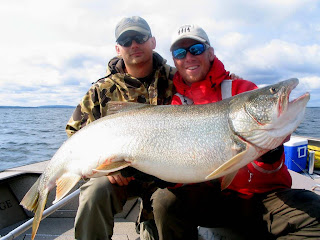 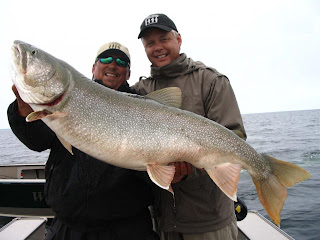 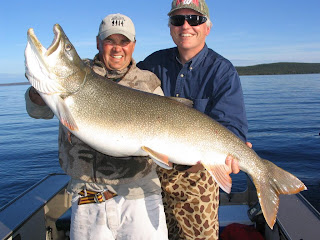 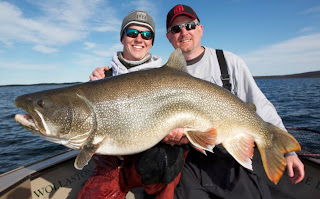 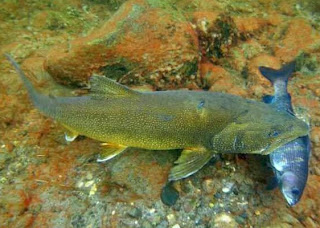 A lake trout trying to eat a big arctic grayling.


Monster lake trout from the ice

Trout laket is found throughout most of Canada and well into Alaska as well as the Great Lakes and in sections of the western United States. where it has been introduced. In the southern portions of its range, or where introduced south of its native range, it seeks out the cooler waters of deep lakes. In northern lakes it may occur in either shallow or deep water. The siscowet (Salvelinus namaycush siscowet), one of three recognized subspecies, is found in Lake Superior at a depth from 300 to 600 feet (90 to 180 metre). Lake troutis the least tolerant of salt water and is the only freshwater fish ranging into the far north of Canada and Alaska that has apparently not crossed the Bering Strait.