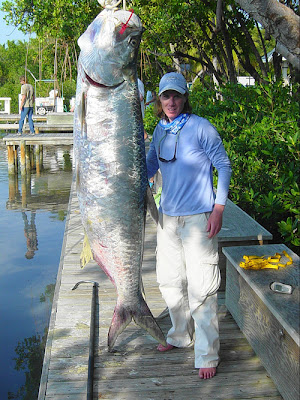 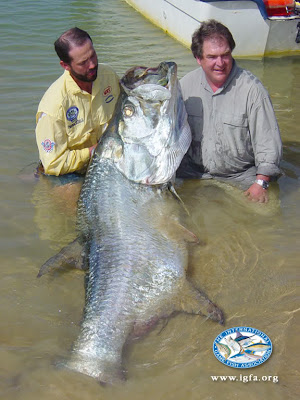 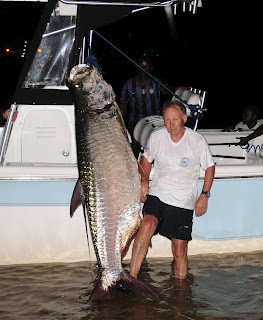 Occurs in warm temperate tropical and subtropical waters of the Atlantic Ocean. This coastal fish can be found both inshore and offshore. Because of its ability to gulp air directly into the air bladder by “rolling” at the surface, the tarpon is able to enter brackish and fresh waters that are stagnant and virtually depleted of oxygen. Such areas are relatively free of predators, thus offering a convenient refuge for the young.
Fishing methods are still fishing with live mullet, pinfish, crabs, shrimp, etc., or casting or trolling with spoons, plugs, or other artificial lures. The best fishing is at night when the tarpon is feeding. They are hard to hook because of their hard, bony mouths. Once hooked they put up a stubborn and spectacular fight, often leaping up to 10 feet out of the water. It was one of the first saltwater species to be declared a game fish.