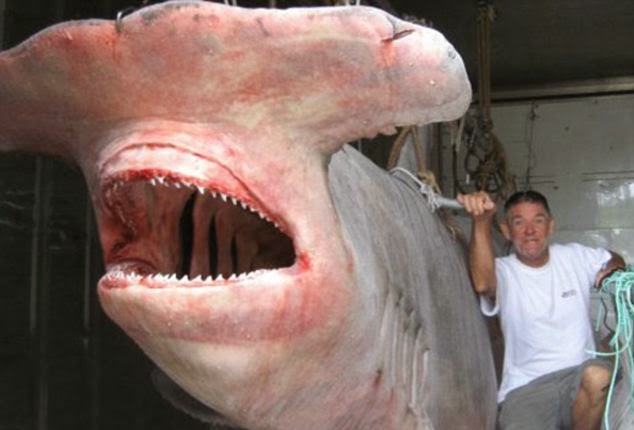 This huge hammerhead shark, weighting 2,500 lb - 1130 k and measuring 20 feet - 6 metres, was caught off the north coast of New South Wales in Australia. 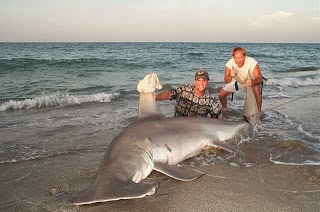 Mike and Zach of TEAM OLDSKOOL with 13 ft plus hammerhead shark caught from the shore. 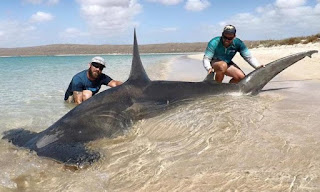 In Australia Joshua Butterworth caught and released a massive hammerhead shark that was estimated to weigh between 780 and 880 pounds.

GO BACK AT HAMMERHEAD PAGE 1