Randie Lieneke  93-pound blue catfish out of the Missouri River 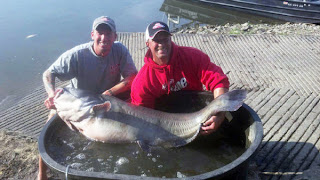 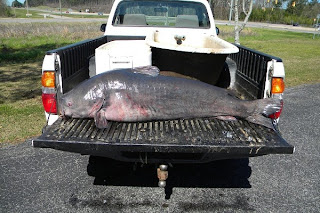 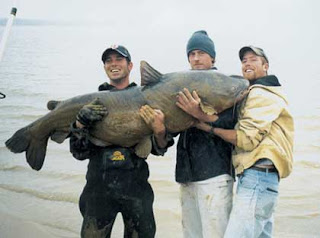 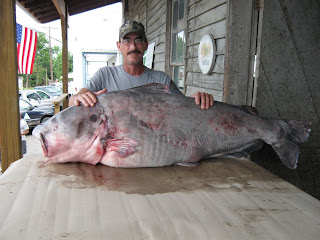 This native species of the Mississippi, Missouri, and Ohio River basin systems frequents deep areas of large rivers, swift chutes, and pools with swift currents. It is confined to the major rivers of the aforementioned systems, extending north into South Dakota and southern Minnesota, and south into Mexico and northern Guatemala. It has been introduced into Virginia. The blue catfish is considered an excellent food and game fish. It prefers clean, swift moving waters where it feeds primarily on fish and crayfish. It is a strong, well toned fish with a fine, delicate flavor.