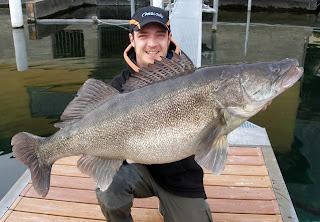 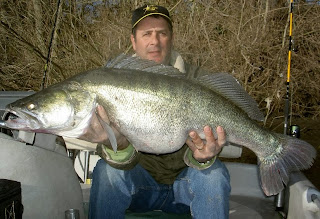 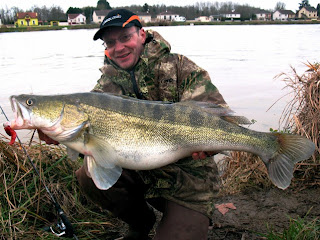 Angler Denis Curot with a superb zander caught in France with a Savage Gear lure (www.savage-gear.com). 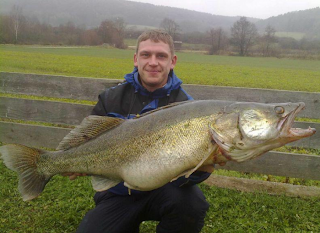 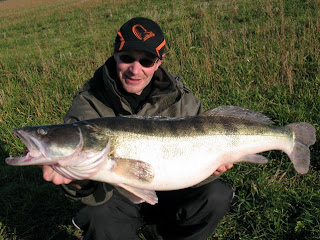 The Zander is a freshwater big predator; it is also called European zander, kuha, pike perch, luccioperca, sandre, abborrfisk.
Zander is native to eastern and central and south Europe, Sweden and Finland, Norway and some countries in western Asia. This predator has been introduced into several other European countries, including England and is rapidly extending its range. Zander is a predatory species most abundant in large lakes and lowland rivers, preferring cloudy water and avoiding weed-beds. Zander prefer hunts most actively at dawn and dusk, remaining inactive at other times, usually close to the bottom.