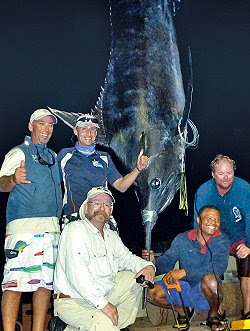 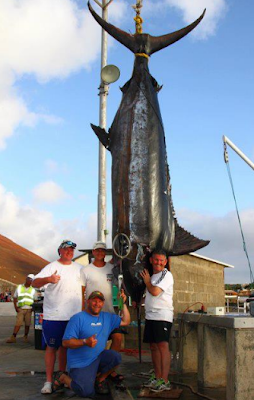 A 1320 lb - 597 kg blue marlin caught off Ascension Island in the middle of Atlantic Ocean on board "Harmattan" www.international fishing news.com 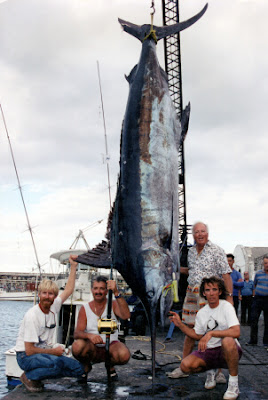 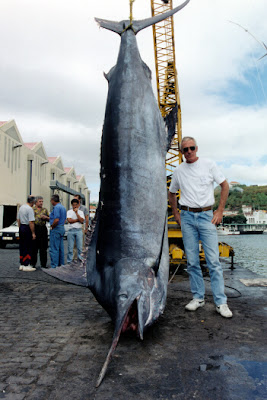 This pelagic and migratory species occurs in tropical and warm temperate oceanic waters. In the Atlantic Ocean it is found along West Africa coast, the northern Gulf of Mexico its movements seem to be associated with the so called Loop Current, an extension of the Caribbean Current. Seasonal concentrations occur in the southwest Atlantic (5°-30°S) from January to April; in the northwest Atlantic (10°-35°N) from June to October.