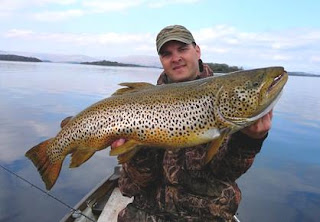 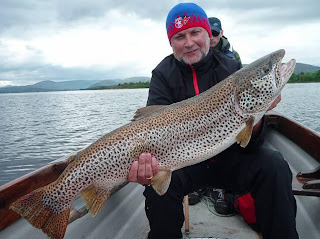 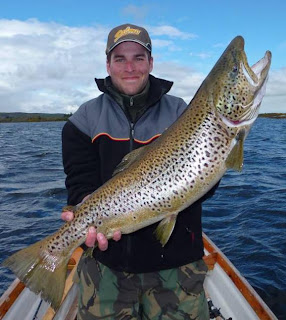 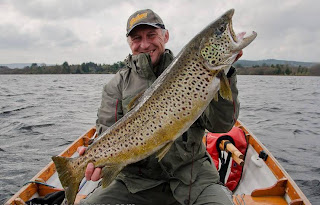 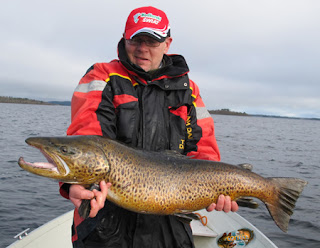 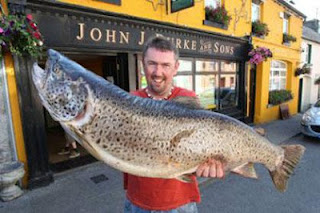 Salmo Ferox or Ferox, from the Latin for "fierce" is the name given in Victorian times to large brown trout that grow far in excess of the weight of their "ordinary" brethren.
They are "only" brown trout, Salmo Trutta. But they have learned to access a richer form of food than their less predatory cousins, by taking up an almost wholly piscivorous diet. They eat principally Arctic charr, which exist in many deep water locations in the Northern hemisphere. In Scotland, Loch Awe has in recent years produced a rash of very large specimens, culminating in an example of nearly 32lbs in 2002 by a Mr. Brian Rutland.