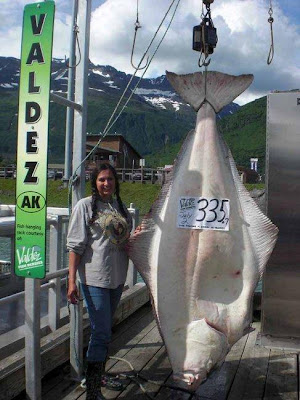 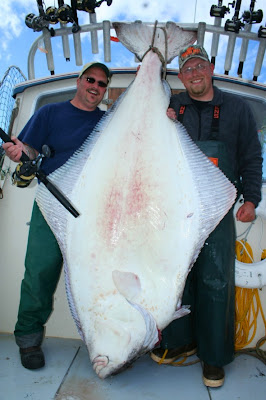 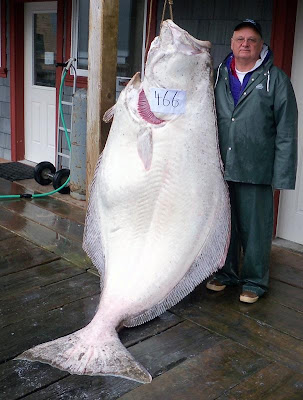 466 lb huge halibut caught in Alaska in 2011 on board Tim Berg boat  www.alaskanfishing.com 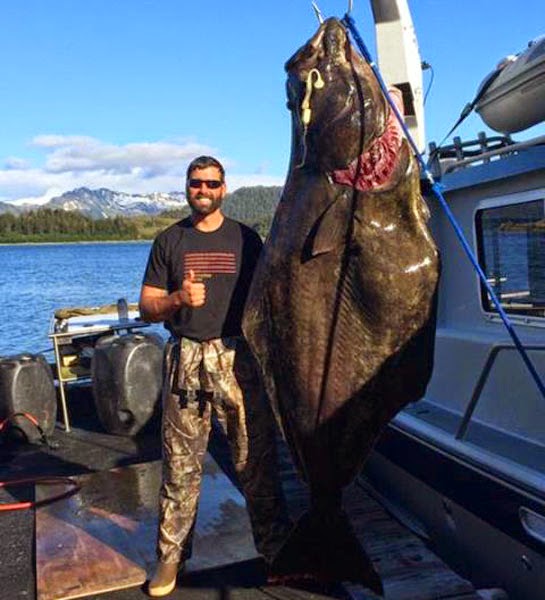 Occurs in cold waters of the North Pacific from the Bering Sea south to about Santa Rosa Island, California, on the American side and to northern Japan (including the Okhotsk Sea) on the Asian side. The Pacific halibut is highly migratory. Tagging operations have shown that some adult specimens travel 2,000 miles or more, though others appear to remain near the spawning grounds. In northern areas large halibut can be found in relatively shallow waters, but in the warmer southern portions of their range they may go as deep as 600 fathoms or more.