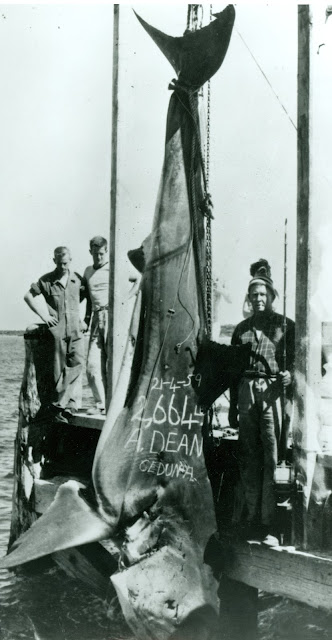 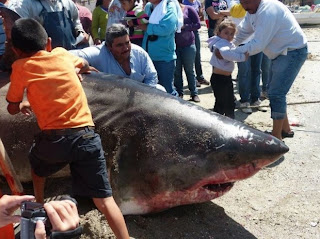 A 2000 plus pound white shark caught with a net in Mexico. 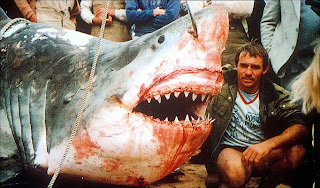 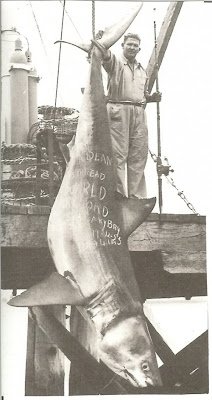 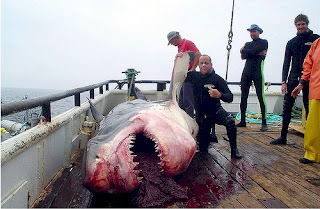 a massive withe shark caught in Mexico in a tuna farm. 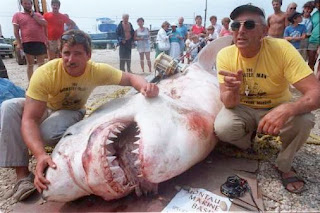 Frank Mundus with a great shark caught off Mountak (New York) back in 1986. 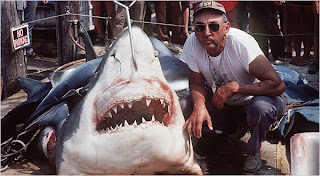 Frank Mundus with a great white shark caught off the coast of Long Island in 1980.

Also called great white shark, white pointer, white death, man eater
Occurs worldwide, most commonly in cool temperate seas. It is best known in parts of the central and western Pacific, especially off Australia and New Zealand. On the Pacific coast of the U.S. it stays in the cool, southbound in shore current off California, but does not occur in California's warmer off shore waters. It is known to occur as far north as Nova Scotia in the western Atlantic and northern Spain in the eastern Atlantic. In the winter it occurs south of Florida, the Gulf of Mexico and the West Indies. It is also known to enter the Mediterranean Sea.