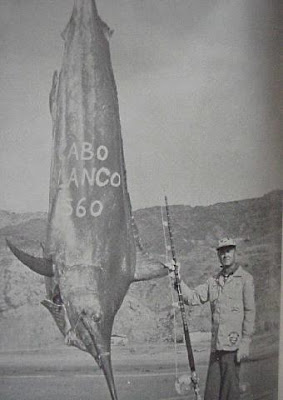 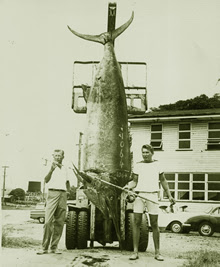 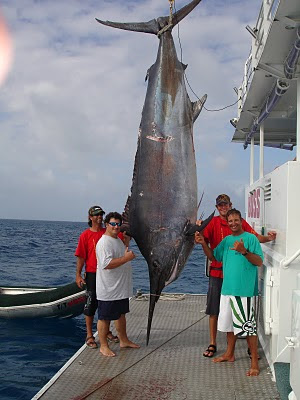 1335 lb Black Marlin caught in Australia on board "Dreamin On" boat.

Balck marlin lives in the tropical Indian and Pacific oceans. In tropical areas distribution is scattered but continuous in open waters; denser in coastal areas and near islands. In temperate waters occurrence is rare. A few stray black marlin travel around the Cape of Good Hope into the Atlantic. Some have been known to cross the ocean from there, traveling in a southwesterly direction as far as Rio de Janeiro, Brazil, or in a northwesterly direction as far as the Atlantic coasts of the Lesser Antilles. Such excursions are, however, regarded as exceptional. Very little is known of the migrations of this pelagic species, but they do not appear to be extensive except in unusual cases.