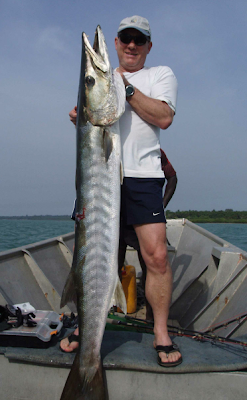 An huge guinean barracuda caught near the island of Kerè in Guinea Bissau (http://bijagos-kere.fr) 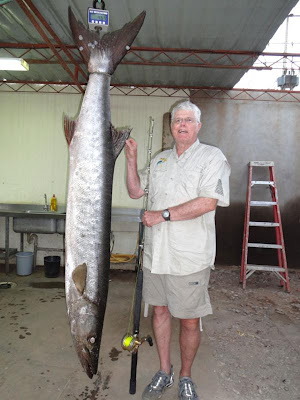 Thomas Gibson landed a Guinean barracuda while trolling a Rapala at Barra du Kwanza in Angola, Africa. It was 46.4 kilo - 102 lb 4 oz. 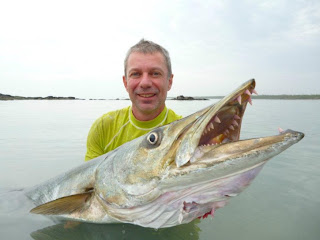 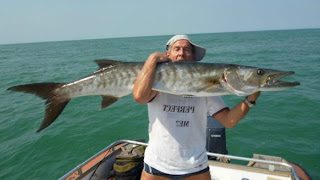 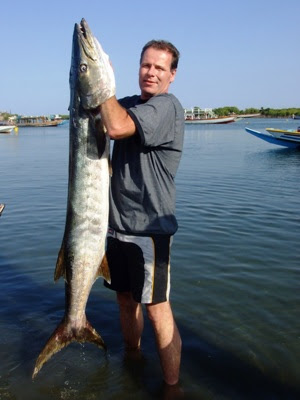 This particular barracuda occurs in tropical waters of the Eastern Atlantic, from Mauritania to Namibia. It is found along the continental shelf and commonly enters bays, lagoons and estuaries. Usually smaller fish are sometimes found in schools, however adults are generally solitary. This specieof barracuda  is considered to be a good food fish and has never been reported to be ciguatoxic. As an additional note; seems that there are no documented reports of ciguatera from any Sphyraena species from the Eastern Central Atlantic.