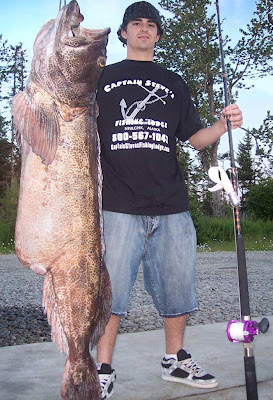 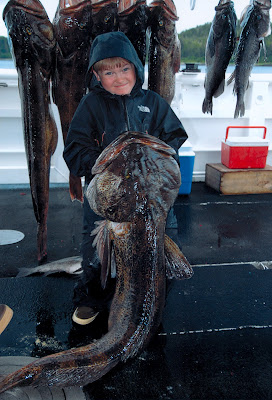 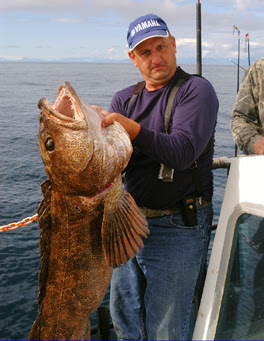 Stephen Matt with a monstrous Lingcod, which weighed am estimated 80 lb. 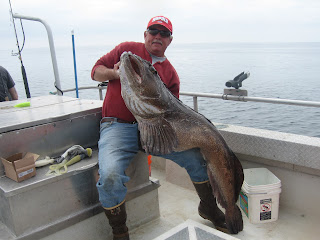 Lincod is bottom predator fish that isendemic to the eastern Pacific Ocean from San Carlos, Baja California, Mexico, north to Kodiak Island in Alaska. Juveniles may be caught near kelp beds and rocky areas. Adults tend to remain in deeper water, and have been taken as deep as 1,400 feet (430 m), although they are most common at depths less than 300 feet (90 m).Lincods are voracious feeders that readily devour flounders, hake, herring, rockfish, cod, and even their own species, as well as crustacean and octopus. They are most commonly taken on heavy jigs fished worked in deep waters. These predator fishes have been known to chase down and inhale hooked salmon and other fish being played by anglers, often refusing to let go until lifted out of the water.